Improve Vertical Jump Training Tulsa | What Can You Learn From Us? 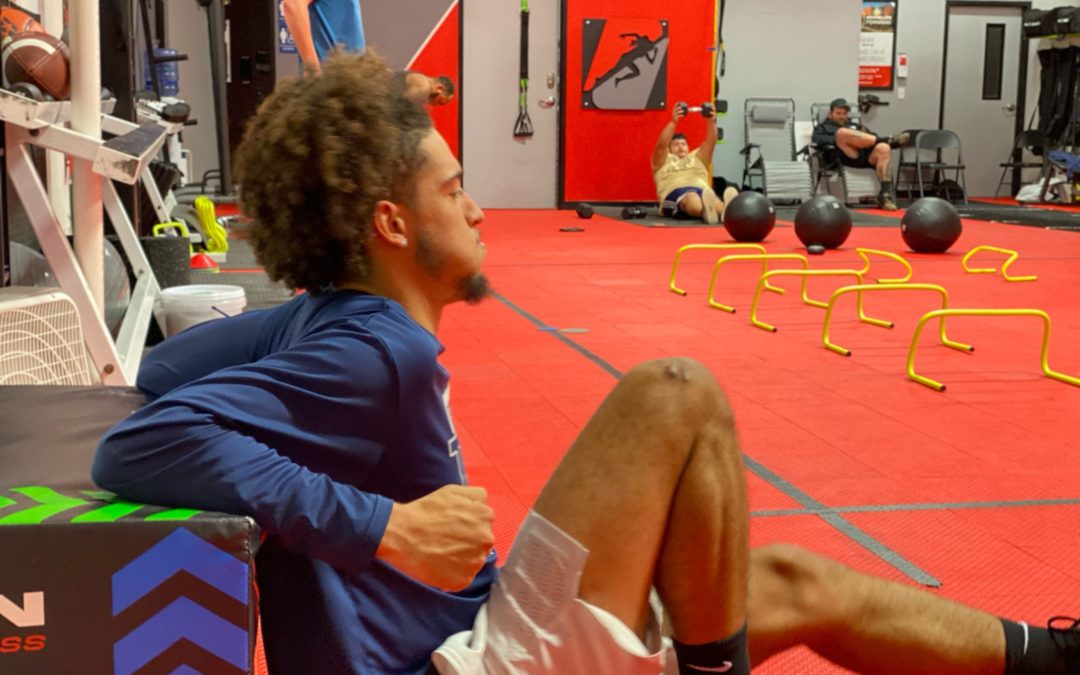 It was really great to see Madison Rhodes come to our open house from Owosso soccer Madison jumped 19 inches in her standing vertical jump and that resulted in a score or a rank among her peers of 72 Madison ended up testing and training in our improve vertical jump training Tulsa and she improve on her next score.

Sally Manning of Broken Arrow sports she jumped on September 13th 2019 she jumped 18 inches and ranks 116th among her female youth fitness Tulsa athlete peers. Brandon Mullins now attends TCC he jumped 23 inches and ranks 100 among his male counterpart peers along with Jordan Reed and Nathan would they all jumped 23 inches in rank 100 among their peers. You know Brendan Mullins actually ended up nearly interning for us because he wanted to improve vertical jump training Tulsa.

The following four athletes are all from Broken Arrow sports Cody banks Eric Lloyd Sean Strickland and Trenton Norton they all jumped on September 13th 2019 they all jumped 22-inches in their standing vertical jump and they all rank 116th among their male youth fitness Tulsa athletes peers.

The following two athletes are both from Broken Arrow Alex dunean Jackson read they jumped 20 inches off the ground ranking 164th among their male youth fitness Tulsa athletes peers. later on Alex is father did come up to us he is the head men’s basketball coach at Broken Arrow boys basketball Broken Arrow girls basketball and he signed up his team to train with us at improve vertical jump training Tulsa.

Finally the last two athletes that we’re going to mention in today’s article are both Owasso sports athletes these two young ladies came to us and jumped 15 inches in their standing vertical jump and they each rank 300 and 60th among their female youth fitness Tulsa athlete peers.

Grace wells did the pro day scouting combine on September 14th 2019. She ran a 2.3 one second 10-yard accelerated Sprint improve speed training Tulsa and ranked 335th among youth fitness Tulsa athletes. She also had a velocity probably volleyball serve of 37 mph ranking 40 eighth. Grace had 30 pushups and was ranked 138 she also had a power score of 122-inches in her Powerball throw ranking 260 third and would benefit most from best strength and conditioning Tulsa. Grace had a standing vertical jump of 17 inches and an approach vertical jump of 18 inches a difference of only one inch says PPA certified jump coach Corey Else. grace would benefit from improve vertical jump training Tulsa as she had a 75 inch broad jump and ranks 97th. Grace also ranks 61st in best speed and agility Tulsa with a score of 6.44 seconds in her star drill. Lastly she ranks 59th in her reaction time with a 5.62 second reaction five-ten-five.